Acreage and access among region’s goals for open space 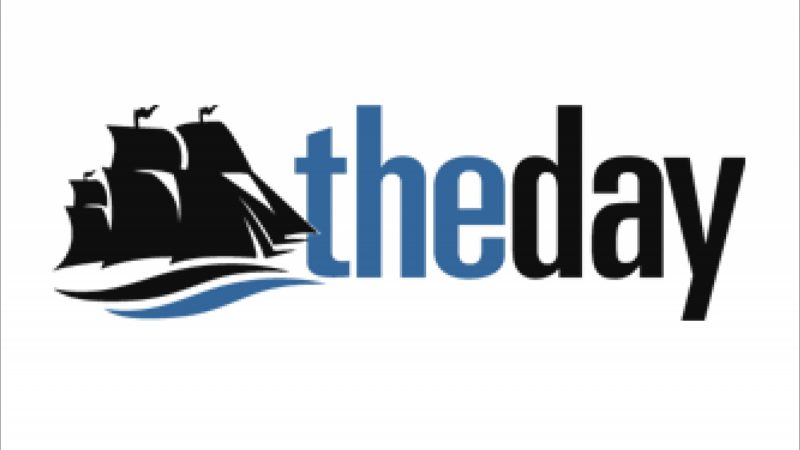 Open space provides wildlife habitat, environmental services, such as filtration of the drinking water supply, helps buffer against storm damage, and helps fight against climate change as trees pull carbon dioxide out of the atmosphere, he said.

Studies also show getting out into nature helps save healthcare costs as it helps calm people’s nerves and leads to better health, he said.

It also provides a space for outdoor recreation, which surged in popularity during the pandemic as individuals found respite outdoors and took up new recreational activities.

“Our natural resources are worth billions of dollars in Connecticut to the tourism economy, to the quality of life, to our real estate values, to our water protection, to protection of Long Island Sound so it’s really a good investment,” he added.

The state has a goal of preserving 21% of land in Connecticut as open space by 2023.

The state, land trusts and communities in the region are continuing to work towards that fast-approaching goal, with advocates calling for more investment, but also are focusing on improving access and equity in open space, finding connections to other parcels, highlighting the economic and health benefits that open space can bring and ensuring that open space does not compete with other goals, such as affordable housing.

In the late 1990s, a Connecticut Blue Ribbon Task Force set the goal of setting aside 21% of the state’s total land as open space by 2023, said Mason Trumble, Deputy Commissioner of Environmental Conservation at the state Department of Energy and Environmental Protection. The Biden administration has set the goal of conserving 30% of the land in the United States by 2030, which the DEEP will take into consideration as it prepares its next plan for open space, Trumble said.

The Open Space and Watershed Land Acquisition grant program distributes grants to land trusts and communities for open space preservation to help reach that goal, with the program granting $9.1 million for about 24 projects in 2019, and $6.1 million for 29 projects in 2020, he said.

While Connecticut has some large state forests, the small, relatively densely population state doesn’t have any large national parks or land holdings, he said. Most land currently being preserved in Connecticut is smaller parcels, but Trumble said that has some benefits: rather than people needing to get in their car to drive three hours to go to a big national park, Connecticut residents can find open space tucked away in their communities.

Trumble said the DEEP is striving towards its 21% goal and is thrilled to pursue larger land parcels, but also is working on restructuring its grant application and scoring criteria to make sure it doesn’t de-prioritize smaller land parcels in cities, such as a lot that could be used as a community garden, a park, or an urban forest.

Trumble pointed out that the climate change benefits for open space in cities are incredible, and studies show that average temperatures are lower in the summer in areas with more vegetation, so residents have lower cooling costs and a better quality of life.

Local land trusts and conservation groups are working on improving equity and access.

Avalonia Land Conservancy, whose primary area for land conservation is Groton, Ledyard, North Stonington, Stonington, Griswold and Preston, is looking to expand into more of southeastern Connecticut, said Terri Eickel, Director of Development & Programming for Avalonia Land Conservancy. For example, the organization recently acquired a parcel in Norwich and is looking for more properties in Norwich.

“It’s really important for us to give communities that have not historically, traditionally had access to open space that ability to go out and enjoy the trails,” Eickel said.

Avalonia also is carefully looking at the properties it is acquiring for the potential of installing universal access trails so people with disabilities can enjoy the trails, she said.

Groton recently acquired a 161-acre piece of property in Mystic with ecological and historic resources, but also is looking to actively increase the open space on the west side of Groton, which has less open space than the east side, said Groton Town Manager John Burt. Residents called attention to the issue as the town looked to redevelop former school properties such as the William Seely School off of Route 12, which is planned as an apartment site.

The town is looking for solutions to balance the loss of open space and ensure there’s equitable open space around town. The Town Council accepted in August about 20.5 acres at the Maple Glen Subdivision at Pleasant Valley Road North, Gungywamp Road and Briar Hill Road, Burt said. There is also an interest in a green space component as part of the redevelopment of the former Pleasant Valley School property, which Groton Conservation Advocates supports.

City of Groton Mayor Keith Hedrick said the city is working on a trail network, in conjunction with the town and Groton Public Schools, and improving walkability.

The city is trying to enhance underutilized parks, such as Thames View Park, for which the city received a grant for a dock, and also added LED lights to improve lighting at Washington Park, he said.

He said the city started working on open space initiatives years ago, but the pandemic has only heightened the demand for outdoor spaces and highlighted the mental health benefits of people heading out of their homes to enjoy the outdoors.

“It is enhancing the quality of life for the residents in the City of Groton,” Hedrick said.

While the City of Groton has quite a bit of open space already, it faces the challenge that it is largely built out, unlike in more rural communities, so the city has to use the best of its abilities to find more available open space, Hedrick explained. The city could look at having landscaping included as part of the development of property to continue greening the city. Building higher vertically also allows for opportunity for future open space, but the city has to decide if it would want to do that and some people do not see that as desirable.

The city somehow needs to be able to balance its love of nature with its growth, because as Electric Boat is projected to hire more workers in the future, they will need housing, he said.

Burt, the Groton town manager, said overall, open space brings a slew of benefits, from places for people to hike and for kids to play, and people move to the community for open space, but the ongoing discussion is how much is the right amount, he explained.

“You obviously have to balance it with economic development and making sure we’re bringing in tax revenue so it’s a balancing act,” he said.

The town’s recent open space plan contains an “open space economic value analysis electronic tool” to help analyze potential open space parcels. Groton Conservation Commission Chairman Larry Dunn explained that while open space critics cite a reduction in tax revenue, it’s not a “zero sum” game for several reasons, including that the tax revenue from single-family homes often does not offer their costs to a community in services, that open space boosts nearby property values and that open space also can help draw businesses to an area since people consider quality of life when deciding where to work.

Open space can sometimes lead to debates over whether it’s in competition with other goals, such as tax revenue or affordable housing.

In Lyme, a small town with six miles of frontage along the Connecticut River and large open spaces, 12,000 of the town’s 22,000 acres are preserved as permanent open space, Anthony Irving, board member of the Lyme Land Conservation Trust recently told The Day. While there is no specific goal for how much land should be preserved, the town, land trust and other entities “are making a concerted effort to save appropriate acreage to create contiguous tracs and corridors for protection of habitat and to retain town character.”

“We see our open spaces as a regional resource - that rather than providing commercial and retail opportunities to serve the community, our goal is to create open spaces for public use by the town and surrounding communities - we can shop in other towns and they in turn can use our many parks and trails for recreation,” he said.

He said the town is growing, albeit slowly, and with continuing upward pressure from the development, the town and land trust make an effort to procure properties prior to being sold for development.

At the May meeting, there was also a discussion about affordable housing, and Lyme First Selectman Steve Mattson said the purchase of the Young property allowed for a preserve, as well as a lot that the town could use for affordable housing, The Day reported.

Trumble said he doesn’t see open space as directly competing with other goals, such as economic development, because open space is one of the elements that helps make Connecticut attractive. But he said, on a micro-level, goals can be in competition, which sometimes can play out in a debate between affordable housing and open space. He said the DEEP is looking at its OSWA program to ensure that it’s not standing in direct competition with affordable housing goals.

Several initiatives and proposals in the region for open space cross municipal borders.

The proposed National Estuarine Research Reserve would encompass Bluff Point, Haley Farm State Park and the University of Connecticut's campus at Avery Point and areas along the lower Connecticut River, and water along the shoreline in the region.

Communities and land trusts also are looking at how land can be connected and working together on initiatives.

“Groton wants to connect existing open spaces, protect sensitive natural resources and provide open spaces in areas of town where these spaces are limited,” said Groton’s planning and development director Jon Reiner. “We have worked with adjacent municipalities and with local open space groups such as the Groton Open Space Association, the Trails Coordinating Task Force, the Groton Conservation Advocates and the Avalonia Land Conservancy to protect additional lands and to provide improvements such as trails.”

Two towns recently worked together to acquire open space, when Montville supported Bozrah’s efforts to acquire grant funding for preservation of 160 acres of land in Bozrah and Montville, which Avalonia would then manage, The Day reported.