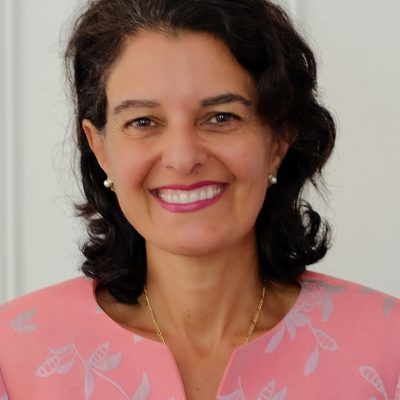 Maryam Elahi is President and CEO of the Community Foundation of Eastern Connecticut. Prior to joining the Foundation in 2013 and for more than 25 years, she served in positions of leadership in the international human rights community as an advocate, teacher, and grant-maker.

Maryam is a graduate of the Fletcher School of Law and Diplomacy at Tufts University, Boston College Law School, and Williams College. She currently serves on the board of Connecticut Council on Philanthropy. She is also on the advisory boards of numerous international human rights organizations including Frontline Defenders (Dublin-based), Human Rights Center (University of CA at Berkeley), Boston College Law School Holocaust and Human Rights Program, and Center for Victims of Torture. She was a former chair of the International Human Rights Committee of the American Bar Association and previously served on the boards of the Women's Commission for Refugee Women and Children, Center for Justice and Accountability, and ACLU of CT.

Maryam was presented with an Honorary Degree of Doctor of Humane Letters in May 2021 at Eastern Connecticut State University. (Read or watch Maryam’s remarks after receipt of her Honorary Degree.) She received the NAACP (Norwich Branch) President’s Award in 2021 for “outstanding leadership, dedication and commitment to the advancement of civil rights”. She was honored in 2018 by the Connecticut Women’s Education and Legal Fund for her service to the communities in Eastern Connecticut and for her years of service as a human rights advocate. Maryam is the recipient of the 2014 Boston College David S. Nelson Public Interest Law Award which recognizes an alum who has made significant contributions to the public sector or in public interest law. She was also recognized as a Global Impact Honoree by the Connecticut Women's Hall of Fame in 2015.

Maryam is a member of the Massachusetts Bar.

Click to read or watch Maryam’s remarks after receipt of her Honorary Degree from Eastern CT State University.

Back to all staff